Ken Miller, the 5th Director of Music and Entertainment Director for The Broadmoor resort, carries on the great traditions of the finest 5 star music and entertainment that The Broadmoor Resort has had for over 100 years. For over 35 years, Ken has been building relationships with Broadmoor staff, vendors, and agents so as to provide you the best options for your event.

You have heard his music on hundreds of national, and internationally broadcast television shows/series.

Feature Films, Documentaries, TV Specials, Cable Films and other projects: “San Manuel” a 4 part series about the San Manuel band of Serrano Indians. "Ireland" trailer (IMAX), “Out Where The West Begins” a four part documentary, "HAVEN" a short documentary, "Holiday Date" (Hallmark Channel), "Christmas At The Plaza" (Hallmark Channel), “Taking A Shot At Love” (Hallmark Channel) "Christmas Exchange 2020" (Hallmark Channel), “American Valor 2016”, "SIJAN - A Quest For Freedom", "Brief Interviews With Hideous Men" - "Getting To Know You" - "It Had To Be You" - "Little Thing Called Murder" - "Without A Trace" - "Battle History Of The US Navy" - "The Making Of A Royal Wedding"- "Santa Clause 3”, Telly Award for best documentary - "The Tuskeegee Airmen" - Vicki Shepard's "SOMEWHERE"  - Ken Miller arranger - Top 10 in the USA (dance charts, and Number 1 in the UK - 1991), - Ken has composed countless films and promo pieces for "Air Force Now" and Air Force News" - "Jonathan Livingston Seagull" / Chapter one - the app, and - "Jonathan Livingston Seagull" - The audio book. Ken worked directly with Richard and Sabryna Bach on the Jonathan Livingston Seagull projects.

Schools & Gigs: Ken attended The Navy School of Music (trumpet), The Wisconsin Conservatory of Music (jazz trumpet), and The Juilliard School (composition). Ken was a member of the US Air Force Bands as a music arranger, and he retired from the US Air Force at The US Air Force Academy Band as Chief Arranger. Ken has worked with Alain Leroux since 1990 for the ABACO production music library, as well as Shana Lazarus at the SONIC QUIVER production music library, as a composer. Ken has worked with MacGillivray Freeman Films since 2019 on various projects, and documentary films, as composer.  Ken is currently the Director of Music and Entertainment for The Broadmoor Resort in Colorado Springs and has held the position since January 1, 2003. 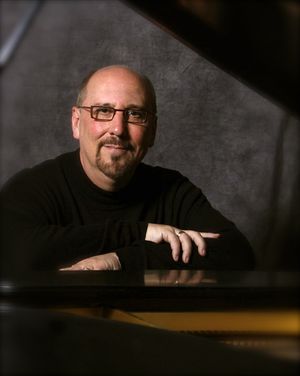 Our Director of Operations, Jana Lee Ross, is the newest member of our Broadmoor Entertainment team. She brings an immensely varied expertise to this position, as she is a remarkable musician that has been performing regularly at The Broadmoor as a vocalist and pianist for nearly twenty years. Prior to her move to Colorado Springs in 1996, she worked for many years as an actress and singer in the Denver Metro area, appearing in productions at the Denver Civic Theatre, the LIDA Project, Chicken Lips Comedy Theatre and others. Jana Lee's work ethic is outstanding and coupled with her musical experience working at The Broadmoor, your event is sure to be a smashing success! You can also hear Jana nightly in The Penrose Room on piano with Lila Mori.

Lila Mori is the Wedding Account Manager at Broadmoor Entertainment. Over the past ten years, she has assisted with getting the right bands, brokering the best deals, and handling the logistic's for hundreds of weddings at The Broadmoor. Whether it's music, or entertainment for the ceremony, rehearsal dinner, or reception, Lila will assist with all of your musical/entertainment options from start to finish.

Lila is also a versatile and dedicated vocal artist. For over 40 years, she has actively embraced a vocal career as both a jazz and a classical artist, and as a vocal educator. For over twenty years, Lila has performed with the Penrose Room Trio every Wednesday through Saturday in the 5 Star, 5 Diamond Penrose Room, right here at The Broadmoor. 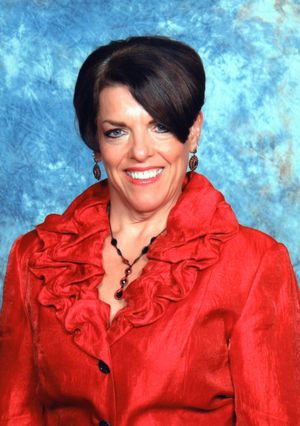